Refrigeration equipment works hard 24 hours a day. An energy efficient refrigeration solution, reduce the financial expenses and ecological impact. Objectives change when reality adapts to new mcircumstances. Awareness in the world of hospitality on saving and reducing emissions to the atmosphere, have gone first in the way to recycle and reduce the use of harmful ubstances to the environment, and now, to use technologies that will reduce emissions of CO ².

In that sense, CORECO brings manufacturing processes certified by the ISO 14001 international standard and equipment that allow to reduce the cost of operation and maintenance.

Studies in different usage conditions, show that it’s possible to save up to 55% of energy consumption

The development of new alternatives for the challenges that every day presents us the continued market development, would not be possible without the dedication of our experienced team who, day after day, works with this objective. Strict testing processes, in line with regulations, directives and international regulations, and experience with the most exigent customers, let us to develop effective products, suitable for the HORECA market and be an option with guarantees.

The implementation of the ECODESIGN directive of the EU, implies important changes of concept for manufacturers as well for distributors and installers. Changes, with reducing energy consumption as clear objective, producing and placing more efficient products in the market. That change of concepts, needs the commitment of the manufacturers to show rigor and transparency. Implies constant evolution focussed on markets, where the efficiency degree of the products, set the difference. 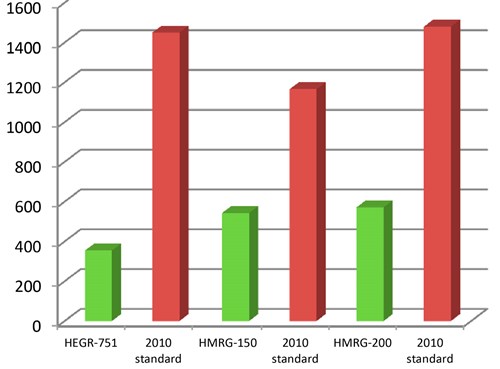 Over the last few years, we have invested heavily to improve the quality of our products. Our products have become more efficient and incorporate improved technologies that bring clear benefits in running costs and environmental impact. R134a adn R404A (HCFCs) are ozone-friendly, very energy efficient, and safe for users and the public due to their low levels of toxicity and flammability. However those gases have a relatively high global warming
potential (GWP). If released, HFCs stay in the atmosphere for for hundreds of years.

Efforts are ongoing to develop a global approach for the control of HFCs. Most recently, this has taken the form of a declaration of support for a global phase-down on as part of the outcomes of the "Rio+20" United Nations Conference on Sustainable Development

In order to combat the potential global warming effect of HCFCs, and as part of the EU's Kyoto protocol commitments, in 2006 the European Union passed two pieces of legislation controlling their use:

The F-gas Regulation adopts an timing to reduce the use of HCFCs regarding his GWP. We are in the process of transitioning to high-efficiency technology with low-GWP (3) refrigerant R290 and R600a, which means that current refrigerants (R134a and R404A) will be discontinued across our range of products, over the next months.